Rurality as a vehicle for Urban Sanitation Transformation

India is faced with the challenge of providing basic services, like water, sanitation and energy, to what can be described as “hidden” and “messy” urban populations. Official figures indicate 31% of the population live in urban areas yet independent research suggests that the population living in settlements with urban-like features is closer to 55%, meaning there are approximately 314 million people living in a state of “hidden urbanisation”. Additionally, there are 65 million people living in slums or informal settlements, a group characterised as being part of India’s “messy urbanisation”.

Providing sanitation in this context, has been characterised by political leaders as India’s primary development challenge – only 65% of the urban population have at least a basic sanitation service (one which hygienically separates human excreta from human contact) whilst this number is even lower for the rural population at 34%. It is unlikely that sanitation coverage within hidden and messy urban populations reaches levels counted in official figures.

The RUST initiative examines how complicated urban and rural geographies shape (and are shaped by) sanitation provision in urban India.

It will assess how individuals living in different contexts navigate such geographies in their sanitation practices, and how such geographies shape the cultural acceptability and logistical possibilities for different sanitation solutions. This will enable engagement with broader theoretical work on how socio-ecological systems and institutional environments shape behaviours and perceptions for natural resource management.

RUST will collect social-ecological data collection using tablets and the GeoODK platform. This helps RUST to get a spatial understanding of the sanitation-relate

d issues faced by the people living in and around Hyderabad, India. To support data utilisation by wider parties, ESRI Story Maps (an online web-based mapping platform) will enable any computer user with an internet connection to quickly access this information to gain new insights into spatial relationships between the datasets available. 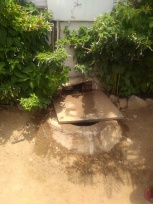 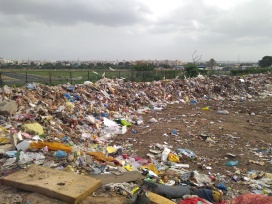 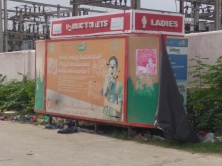